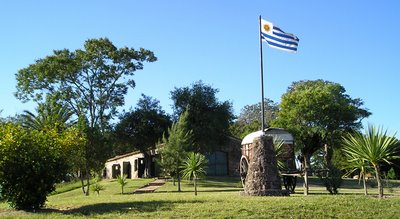 In the middle of the XIX century the brand new Uruguayan state in an attempt to populate the lands near the border with Brazil, and not being able to finance the cost of road works, gives the concesion to privates of the building of a bridge over the creek "Chuy del Tacuarí", on the path that communicated the city of Melo with Rio Branco (in those years called “Villa Artigas”).

Those who wanted to cross that bridge, had to pay a toll. 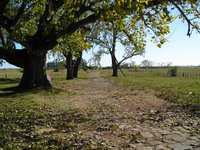 The building of the bridge and the nearby facilities, was leaded by the men that years later would rebuild the “Fortaleza de Santa Teresa” (Saint Teresa Fortress), the “Fortaleza del Cerro de Montevideo”(Cerro of Montevideo Fortress) and the “Fuerte de San Miguel” (Saint Michael Fort).

The bridge has loopholes in its sides, something essential given the dangers of those years and the proximity of the Brazilian border. The building's style was very common in the Basque Country. Also, next to it, there was constructed a hostal, a “Pulpería” (like a inn, but actually a bit more like a social center and a place to buy supplies) and a horse relay service.

Over the bridge, a heavy iron chain was always extended, and only was lowered after paying… and ancient version of our current “peajes” and their black and yellow barriers. 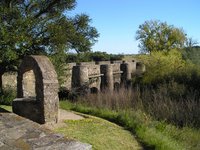 The first owners (actually concessionaires), Spanish Basques, were known by the towering fees they collect, often over what said the law. As an example of it, it is said that the fee by law for a carriage was 4 cents and 1 cent for people, but they retrieve 5 cents… 4 for the carriage and 1 for the driver… as if the carriage could pass alone.

The facilities were usufructed till 1919, when the government decided to put an end to the concession, because in that moment all the roads in the country were free.

Later, and after some reparations to the stone structures, the Posta del Chuy became a museum and received the status of historical patrimony of the country.
There you can see replicas of advertisements and the routes covered by some coaches… journeys of about 20 days that nowadays are covered in 4 hours by car.

The place is well preserved and remains as a glimpse of what used to be life one hundred and half years ago over here. 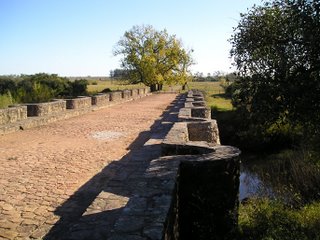